Time has moved on. Discussion pieces like this are no longer about connected living becoming a “thing” at some point in the future, it’s a reality now.

Even in the last 12 months the ability to avoid being “always connected” to some branch of the internet has become much more difficult. Whether it’s through 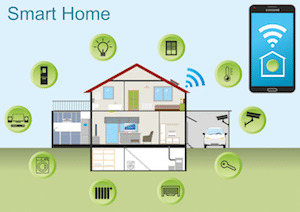 fitness trackers, smart speakers, home hubs, connected appliances, smart thermostats, smart alarm systems … whatever it is, more and more of our seemingly routine, hum-drum activities are now being “assisted” by things connected to the internet.

Of course, when they (and we) are connected to the internet, communication – an electronic conversation – occurs, and that conversation is made up of data. At first glance, that data might appear to be quite uninteresting – I mean, how sensitive is it to share what temperature you like to keep your house at?

Scratch just one layer down from that statistic though and ask “at what times of day do I like my house at 21 degrees Celsius?” and suddenly the data being shared takes on a whole new meaning. Suddenly “someone” could reasonably deduce when you’re at home and when you’re away, and that leads to all sorts of other considerations.

The kind of data, then, that is being shared every single second of every single day by the terabyte-load is rich in all sorts of information that we may not have considered. Even if we have, do we know exactly what is being recorded and passed back to the provider (and who else?) of a connected device?

In January this year, Canadian Underwriter magazine revealed in this article that Intact’s My Driving Discount program can detect “different levels” of phone 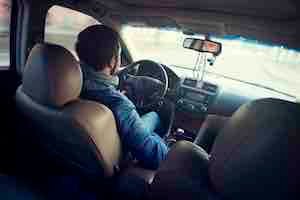 usage. This is an app not even designed to monitor phone usage, its primary purpose is to monitor driving behaviour and reward the good with discounts (in certain provinces). While monitoring “distracted driving” through mobile phone use is absolutely laudable from a safety perspective, how many drivers either realise that general phone usage is being tracked and how do we know exactly what data is involved in that monitoring activity? Are phone numbers being captured, for example? What about repeat patterns of usage, are they being checked? What on earth does “different levels” of phone usage actually mean?

Outside the world of insurance, Google has in the last few weeks had to make a public apology for not revealing that one of its Nest smart security devices had a microphone in it that they forget to let users know about. They go on to explain that the microphone was never enabled (it has just this month been enabled so that it can work with Google Assistant) and that it was an oversight for not disclosing the microphone’s presence on the product specification.

While the world seems to have accepted Google’s apology, it does give serious pause for thought as to how our daily lives are (literally) being recorded in absolute minute detail by the plethora of devices we now use every day.

We are all accustomed to (if not entirely comfortable with) our data being tracked and used when we use an internet browser. Many of us have grown used to running additional software like VPNs and ad blockers to maintain as much privacy as is reasonably possible.

But do we really consider where our data goes and who sees it from devices around our wrists, fixed to the walls or sitting on our counter-tops and tables?

In a world where news of hacking is a regular event, and data breaches of unimaginable scale happen with increasing frequency, is it just a matter of time before someone sends you an email, with a recording of a private conversation you were having with your partner near a smart speaker in your home, demanding a ransom to keep your conversation private?

Or what about someone knowing where your regular fitness run or cycle route is?

If legitimate apps and hardware are already delving deeper into our daily lives than we realise, how can we trust that even our most mundane details are safe from those who would seek to exploit them with criminal intent?

We use cookies to ensure that we give you the best experience on our website, but we do not use any 3rd party cookies or share any tracking data with any 3rd parties at all.If you continue to use this site we will assume that you are happy with it.OkRead our Privacy Policy